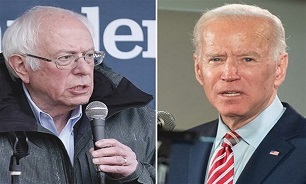 Biden, with 27% support among likely voters, and Sanders, with 23%, lead over businessman Tom Steyer -- the only other candidate to reach double digits in the poll -- with 15%. Following are former South Bend, Indiana, Mayor Pete Buttigieg with 9%, Sen. Elizabeth Warren of Massachusetts at 8%, Sen. Amy Klobuchar of Minnesota with 5% and Rep. Tulsi Gabbard of Hawaii with 3% support among likely voters.

The poll was conducted in its entirety before Sanders won the Nevada caucuses on Saturday.

The Monday poll release marks the third survey out of South Carolina in recent days with Biden and Sanders within the margin of error of each other, showing that the state -- which was once led by Biden -- is now a more competitive race, CNN reported.

A Fox News poll in January found Biden leading South Carolina significantly, with 36% support among likely voters, but he's now lost some of that support to Sanders.

According to the NBC/Marist poll, black voters in South Carolina still favor Biden. Around 35% of those voters support him for the nomination, while 20% back Sanders and 19% are for Steyer.

Likely voters in the South Carolina Democratic primary are split on whether they'd prefer a candidate who comes closest to them on the issues (47%) or someone who has the best chance to beat President Donald Trump (44%).

Trump's approval among all adults in South Carolina stands at 51% approving and 41% disapproving.