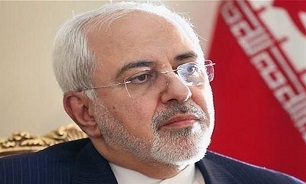 “Saddened to hear of the passing of Javier Pérez de Cuéllar, UN Secretary General from 1982 to 91,” Zarif said on his Twitter account on Thursday.

“As a young diplomat, I came to appreciate his skill—he oversaw the end to many conflicts, including a cease fire in the war Saddam imposed on Iran,” he wrote, adding, “My condolences to his family.”

Pérez de Cuéllar, the two-term UN secretary-general who brokered a historic cease-fire between Iran and Iraq in 1988 and who in later life came out of retirement to help re-establish democracy in his Peruvian homeland, died on Wednesday at the age of 100.