TEHRAN (defapress) – At least 27 people have been killed after gunmen attacked a ceremony in the Afghan capital where a top Afghan political leader, Abdullah Abdullah, was present but escaped unharmed.
News ID: 80430 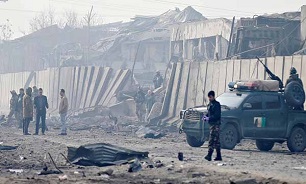 The death toll at Friday's ceremony to mark the anniversary of a slain minority leader had risen to 27, a ministry of health spokesman said, according to Aljazeera.

It is the deadliest attack since a peace deal was signed last week between the United States and the Taliban.

"The attack started with a boom, apparently a rocket landed in the area, Abdullah and some other politicians ... escaped the attack unhurt," Fraidoon Kwazoon, Abdullah's spokesman.

Afghanistan's President Ashraf Ghani condemned the attack and called it "a crime against humanity”.