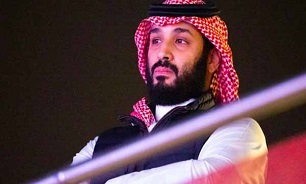 Citing two Saudis close to the royal family, the report highlights that the detentions are “a sign that he is determined to crack down on even whispers of dissent.”

“The wave of arrests has ensnared a former head of army intelligence, Prince Nayef bin Ahmed, as well as at least three other senior princes, all detained on Friday. The full extent of the roundup is still not clear,” notes the report.

Crown Prince Mohammed, 34, has already consolidated his power as the de facto ruler of the kingdom in the name of his aging father, King Salman, 84. But the arrests offered new evidence of how far the crown prince would go to lock down potential opponents within his family, stirring new fear within its ranks, according to several people close to the family, the Times reported.

Another report by The Wall Street Journal, citing people familiar with the matter, said that MBS accused his uncle and the former crown prince of “treason”, alleging that the pair had been attempting to stage a coup d’état.

The two top royals, once-formidable rivals to the throne, are now under threat of lifetime imprisonment or execution, the Wall Street Journal report further said.