China Reports No New Cases of Covid-19 for 1st Time

TEHRAN (defapress) – A team of terrorists was dismantled in Zahedan, southeastern Sistan and Baluchestan province on Sunday morning.
News ID: 80443 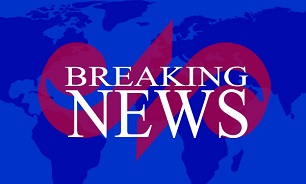 As reported the team had planned a bomb blast in a Police station in the city.

A 5kg bomb has been defused and two terrorists have been wounded during the operation and then arrested.

Earlier in mid-February, Brigadier-General and Commander of the Islamic Revolutionary Guard Corps Ground Forces Mohammad Pakpour announced that one of the countries in the region has sent at least three airplanes of weapons and war equipment to the terrorists, sowing insecurity in south-eastern parts of Iran.

Jaish ul-Zolm terrorists besides those from Komalah, Kurdistan Free Life Party (PJAK) are equipped with modern weaponry and this proves support of the US, Saudi Arabia and their allies for these terrorist groups, the Iranian commander said.

He added that despite the support of Americans and Saudis, IRGC Ground Force has struck the named terrorist groups severely several times and has been able to keep Iranian borders safe and sound.