COVID-19 has many features of biological war, says Iran’s head of Passive Defense

TEHRAN (defapress) – According to the Head of Iran's Passive Defense Organization, the new coronavirus outbreak in the world can be a form of biological warfare, though further studies are needed.
News ID: 80475 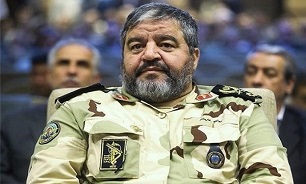 “Of course one cannot say for sure that is a biological war but in fact, it has many features of a biological war,” Brigadier General Gholamreza Jalali said in a live TV program aired on Tuesday night from IRIB. He highlighted that further research is needed on the case.

COVID-19 has so far infected over 119,000 individuals in more than 110 countries worldwide, causing 4,300 deaths and inflicting huge economic losses. Iran is one of the hard-hit countries with 8,042 infections and 291 deaths.

Meanwhile, there are speculations that the virus, originally hit China, maybe a form of biological war.

Some speculate that the virus has been originated naturally without any human intervention, some believe it has been leaked from a lab in China, and some others say that it is a form of biological war, said Jalali, pointing to biological laboratories of the United States near Iran, China, and Russia.

There are two speculations regarding the latter, he went on to explain, one is that the virus has been made to kill people as those models in the World War II or it has been designed in a way to become endemic with minimal fatalities and just to hit the economy of the target countries.