TEHRAN (defapress) – Saudi authorities have detained hundreds of government officials, including military and security officers, on alleged charges of “bribery and exploiting public office” amid reports that the crown prince is further tightening his grip on power.
News ID: 80520 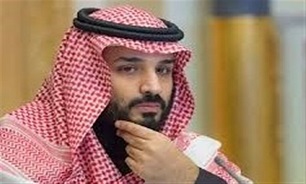 Saudi Arabia’s so-called anti-corruption body known as Nazaha tweeted on Sunday that it had arrested and would indict 298 people on crimes such as bribery, embezzlement, and abuse of power involving a total of 379 million riyals ($101 million), Reuters reported.

Among those implicated are eight defense ministry officers suspected of bribery and money laundering in relation to government contracts during the years 2005-2015, and 29 interior ministry officials in the Eastern Province, including three colonels, a major general and a brigadier general, the report added.

Two judges were also detained for receiving bribes, along with nine officials accused of corruption at Riyadh's AlMaarefa University which resulted in severe damage to a building and caused deaths and injuries, Nazaha said.

The agency provided no names and few other details about the cases.

A number of high-ranking Saudi royals, however, have also been arrested in the past week.

The detentions mark the latest crackdown by the de facto ruler Crown Prince Mohammed bin Salman, who has consolidated his reign with the imprisonment of prominent clerics and activists as well as princes and business elites.

The crown prince, the king’s son, has also faced a torrent of international condemnation over the murder of critic Jamal Khashoggi inside the kingdom’s Istanbul consulate in October 2018.