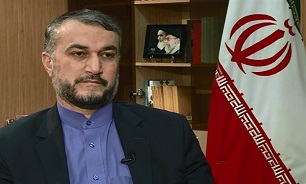 In comments on Sunday, Hossein Amir Abdollahian, who is also the secretary general of the permanent secretariat of the International Conference on Palestinian Intifada at the Iranian Parliament, described the news of Armenia’s move to open an embassy in Tel Aviv as surprising.

“Such a measure is undoubtedly in contradiction to the interests of the Palestinian people and will have negative impacts on the stability and security of the region,” he said.

Stressing the need to support the rights of Palestinian people, Amir Abdollahian condemned any plan on the normalization of ties between the Arab or non-Arab states and the Zionist regime of Israel.

He further described the friendly relation between Tehran and Yerevan as a main factor in preserving regional stability and security, and expressed hope that the Armenian government would think twice about its decision and adopt the necessary plans to support the oppressed and displaced people of Palestine.

He branded Israel as an illegitimate regime, adding, “The Islamic Republic of Iran emphasizes the right of the main inhabitants of Palestine, including Christians, Muslims and Jews to decide their own fate, and we believe that the Zionists have taken even the Jewish people hostage in the occupied territories.”

In September 2019, the Armenian government approved a bill to open an embassy in Tel Aviv.