TEHRAN (defapress) – Iran’s Minister of Industry, Mining, and Trade Reza Rahmani pledged that his ministry will do whatever necessary to attain the goals of ‘surge in production’- the name Leader of the Islamic Revolution Ayatollah Seyed Ali Khamenei has given to the new Iranian year.
News ID: 80577 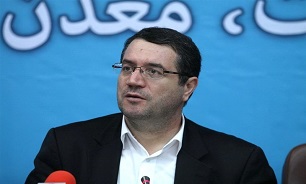 In remarks on Friday, Rahmani underlined that the Ministry of Industry, Mining, and Trade will seriously pursue all plans to stimulate growth and create effectual incentives in Iran.

He said such efforts will be aimed at following the Leader’s order to create a surge in domestic production and produce palpable results in the livelihood of people.

As regards the plans carried out in the previous year, whose motto had been chosen “boosting production” by Ayatollah Khamenei in March 2019, Rahmani said authentic reports has been prepared about the restart of the factories that had been closed, a rise in the production capacity of industrial manufacturers, creation of new knowledge-based companies, and new plans for research as the source of production.

In a new year message on Friday, Ayatollah Khamenei stressed the need for a further surge in the national production with the participation of all organizations and sectors, saying, “Officials should act in a way that production will witness a surge, God willing, and that there will be a tangible change in the lives of the people.”