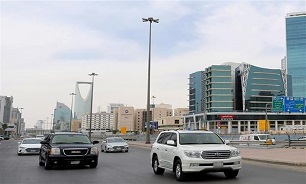 Saudi air defenses shot down ballistic missiles fired at the country’s capital and a city along its southern border with Yemen, according to Saudi sources and reports.

Saudi-owned Al Arabiya television reported that “two rockets” were intercepted on Saturday in the sky above Riyadh and Jazan, citing its correspondent and sources.

However, state-run Al-Ekhbariya television reported that a “ballistic missile” has been intercepted and destroyed over Riyadh.

AFP says its reporters have heard three explosions in the capital.

No one has claimed responsibility for the missile or rocket attacks on Riyadh yet, but the kingdom has been frequently targeted by the retaliatory attacks of the Yemeni army and allied popular forces, who for five years have been defending their country against the devastating Saudi-led military campaign against innocent Yemenis.

Saudi Arabia launched its war on Yemen in March 2015, with the goal of bringing back to power the government of former president Abd Rabbuh Mansour Hadi and crushing the popular Houthi Ansarullah movement.

The US-based Armed Conflict Location and Event Data Project (ACLED), a nonprofit conflict-research organization, estimates that the Saudi war has claimed more than 100,000 lives since the war broke out.