TEHRAN (defapress) – The UN condemned the shelling of the women’s section of the Central Prison in a district of Yemen’s Taiz southern province, which left at least five women and one child dead.
News ID: 80739 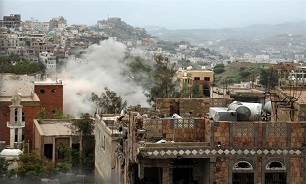 Shells hit the prison in Al Mudhaffar District in Taizz on Sunday, also injuring over eleven.

“We share our deepest condolences with families who are grieving for their loved ones and we wish the injured a swift recovery”, said Lise Grande, the UN Humanitarian Coordinator for Yemen, according to the UN official website.

The injured were rushed to Al Thawra and Al Bureihi hospitals where humanitarian partners are providing surgical and medical support, including trauma kits, said Grande.

“We’re facing massive humanitarian problems in the country”, she added. “There’s no reason and no justification for these strikes and attacks to continue.”

On Monday morning, Doctors Without Borders (MSF) and the International Committee of the Red Cross confirmed the news and like the Saudi-led military coalition against Yemen and the country's former regime blamed the attack on the Yemeni army and its allied fighters from the Popular Committees and the Houthi Ansarullah movement.

The Spokesman for the Yemeni Armed Forces, Brigadier General Yahya Saree dismissed the claims and said, "We categorically deny what was reported by some of the media of the aggression and their mercenaries regarding the targeting of a women's prison in Taiz province by the army forces and the Popular Committees”.

"Such false news does not conceal the criminal nature of the enemy and will not absolve it from the crimes committed against the Yemeni nation," he added, according to al-Masirah.

The Saudi-led military coalition forges such false news against the Yemeni army and its allied forces in an attempt to conceal its losses and repeated defeats in the front lines, al-Masirah said in its report, adding that such fabrications are employed to distract attention of the international community from the massacres committed in Yemen.

Saudi Arabia and a number of its regional allies launched the devastating war on Yemen in March 2015 in order to bring fugitive former president Abd Rabbuh Mansour Hadi back to power and crush Ansarullah.