TEHRAN (defapress) – In a Friday telephone conversation with Iran’s ambassador to Russia, Minister of Commerce of the Eurasian Economic Union (EEU) said that the union supports Iran's stance on the US irrational sanctions especially amid the global battle against the coronavirus
News ID: 80769 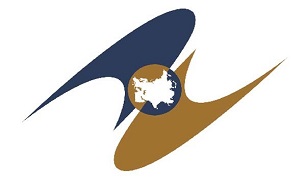 EEU's Andrey Slepnev also urged an increase in mutual ties with Iran in the area of economy.

He noted that the union is in favor of further cooperation between the Chambers of Commerce of Iran and the member states of the Union.

Iran’s ambassador to Russia Kazem Jalali, for his part, called for his country's seriousness in implementing the provisions of the agreement between Iran and the member states of the EEU.

He also urged the formation of a working group between the two sides in a bid to continue mutual negotiations.

Spokesman of the Islamic Republic of Iran Customs Administration (IRICA) Seyyed Rouhollah Latifi, in April, put the trade volume exchange between Iran and EEU in five months after the implementation of PTA at $1,489,232,265.

According to him, trade volume exchanged between Iran and EEU exceeded $1.4 billion after the implementation of the Preferential Trade Agreement (PTA) on Oct. 27, 2019.

Of the total trade volume exchanged between Iran and EEU, imports and exports accounted for 67 and 33 percent respectively, Latifi stated.

Turning to the export and import volume of products based on PTA, Latifi said, “given the Preferential Trade Agreement (PTA) inked between Iran and EEU on Oct. 27, 2019, and also measures taken in this regard, Iran’s preferential export volume to Eurasian countries hit 123,960 tons, valued at $136,260,229.”