TEHRAN (defapress)- The Islamic Movement in Nigeria (IMN) urged the country’s authorities to release its already severely ailing leader Sheikh Ibrahim al-Zakzaky given the risks he faces from continued imprisonment amid the outbreak of the new coronavirus.
News ID: 80781 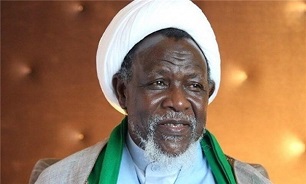 The IMN made the plea in a statement addressed to President Muhammadu Buhari and the local officials in the North-Central Kaduna State, where the cleric was first arrested in 2015. Various Nigerian media outlets carried the statement, which the movement had sent them on Friday, presstv reported.

“Sheikh Zakzaky deserves immediate freedom for very many reasons particularly at this difficult period that the nation is facing the scourge of Coronavirus,” it wrote.

The novel virus that can cause a potentially fatal respiratory infection called Covid-19 has killed close to 102,700 people worldwide since emerging in central China late last year. Nigeria has reported seven deaths and 240 active cases.

The IMN reminded that even before the outbreak, Zakzaky was already in need of “expert medical attention as a result of the injuries he sustained when the military attacked his residence in December 2015”.

Nigeria’s military carried out the attack as part of a deadly state-ordered escalation targeting the movement that Abuja has branded as illegal.

During the attack, the 66-year-old was beaten and lost his left eye and his wife sustained serious wounds.

During the crackdown, the military also attacked the movement’s members as they were holding religious processions, with the government alleging that the Muslims had blocked a convoy of the country’s defense minister. The movement has categorically rejected the allegation, and said the convoy had intentionally crossed paths with the IMN’s members to whip up an excuse to attack them.

The violence led to the death of three of Zakzaky’s sons and more than 300 of his followers.

The statement noted that Zakzaki had “additionally suffered multiple strokes while in detention and was found to have dangerously very high levels of toxic heavy metals circulating in his system.”

Zakzaky was charged in April 2018 with murder, culpable homicide, unlawful assembly, the disruption of public peace, and other accusations. He has pleaded not guilty.

The IMN, meanwhile, noted that a 2016 Federal High Court ruling has ruled Zakzaki’s arrest “unlawful, unconstitutional, and a breach of his fundamental rights”.

Last August, the cleric and his wife were transferred to India to receive medical care.

However, they were forced to leave the subcontinent after a few days in protest against the Nigerian government’s “obstruction” of his medical treatment and after they had “lost all faith” in the prospect of receiving proper treatment there.