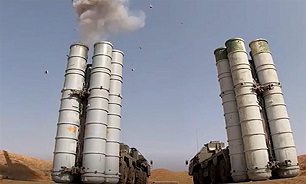 “The committee has presented a comprehensive study to the prime minister, demanding approval for the purchase of the advanced S-400 air defense system. The issue has already been discussed with relevant figures at the General Command of Armed Forces, and now awaits the premier’s agreement,” Badr al-Ziyadi, a member of the committee, said, AFP reported.

He emphasized that the purchase of the S-400 missile system, with the aim of boosting the country’s defense capabilities, will be finalized once the next Iraqi government is formed and it ratifies the procurement of the system.

“The approval to acquire such a sophisticated system requires large financial allocations and a political decision in order to diversify the sources to get the weapons as we cannot just rely on the Western camp, but rather need to incline towards the Eastern camp as well,” Ziyadi pointed out.

The Iraqi lawmaker went on to say that his parliamentary committee “will support the next Iraqi government’s decisions in this regard, and will present relevant proposals and pieces of advice to it.”

Back on March 18, Ziayadi said US and Israeli arms firms were putting pressure on the Baghdad government not to discuss the purchase of sophisticated military equipment with other states, and sign arms contracts with them.

“There are companies and traders pushing to prevent Iraq from concluding contracts to purchase weapons from developed countries,” he told Arabic-language al-Maalomah news agency in an interview at the time.

The same Iraqi parliamentarian said on January 20 that the Baghdad government was planning to send delegations to Russia, China and Ukraine to hold negotiations over the acquisition of advanced air defense missile systems to protect its territory from any possible act of aggression.

“The delegations intend to visit countries like Russia, China and Ukraine to negotiate the purchase of modern systems to protect Iraq’s airspace,” he told al-Sabaah daily then.

The United States has warned Iraq of the consequences of extending military cooperation with Russia, and striking deals to purchase advanced weaponry, particularly S-400 missile systems.

Former US State Department spokeswoman Heather Nauert said on February 22, 2018, that Washington has contacted many countries, including Iraq, to explain the significance of the Countering America’s Adversaries Through Sanctions Act (CAATSA), and possible consequences that would arise in the wake of defense agreements with Moscow.

On August 2, 2017, US President Donald Trump signed into law the CAATSA that imposed sanctions on Russia, North Korea, and Iran.