US Better to Save Forces from Coronavirus instead of Threatening Others

TEHRAN (defapress)- Spokesman for the Iranian Armed Forces Brigadier General Abolfazl Shekarchi blasted Washington for threatening Iran, saying that the US should focus on saving its forces from coronavirus.
News ID: 80898 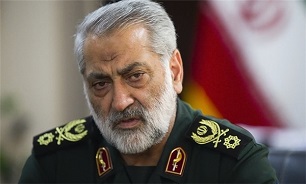 “Instead of bullying others today, Americans should put their efforts into saving their forces, who have contracted coronavirus,” General Shekarchi said on Wednesday in response to a recent threat by US President Donald Trump.

Trump said Wednesday that he has instructed the US Navy to “shoot down and destroy” Iranian vessels if they harass American ships at sea.