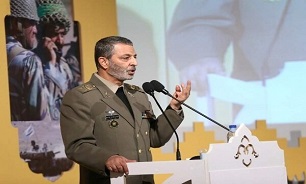 By the launch of 1st military satellite into the space, Islamic Iran witnessed showcase of authority of talents of the country, he added.

“I seize this opportunity to congratulate this great success, which is the result of unflinching and relentless efforts of IRGC forces, to the Leader of the Islamic revolution and the great nation of Islamic Iran.”