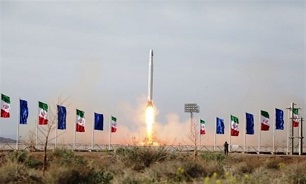 Given Iran’s peaceful nuclear and missile program, US and European officials’ claim about Iran’s military satellite have no legal basis, he added.

In his twitter account on Thu., Kadkhodaei wrote, “UN Security Council’s Resolution 2231 does not prohibit Iran’s missile activities. Other prohibitions only include those missiles that are designed for carrying nuclear warhead.”

Since Iran’s nuclear and missile activities are for peaceful purposes, US and European officials’ claim about Iran’s launch of military satellite have not legal basis, Guardian Council’s Spokesman Kadkhodaei reiterated.