TEHRAN (defapress)- Supreme Leader of the Islamic Revolution Ayatollah Seyed Ali Khamenei underlined that the littoral states and not the foreigners are responsible for the establishment of security in the Persian Gulf.
News ID: 80964 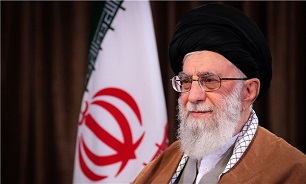 In a series of tweets published on the Twitter page of Ayatollah Khamenei on Wednesday, the Leader also said that the Persian Gulf belongs to the nations living there, and those are the ones responsible for ensuring its security.

“Iran with its long coastlines has a key role in keeping the security of this region. By God’s grace we will do our part. This is our historical, geographical and regional duty,” said one the tweets, which were posted on the occasion of the National Persian Gulf Day.

“The Persian Gulf belongs to the nations living there. Its security is the duty of these nations, and Iran with its long coastlines has a key role in keeping the security of this region. By God’s grace we will do our part. This is our historical, geographical and regional duty,” the tweet said.

The Leader also said that a “wise and rational collective policy” in favor of the people of the region cannot be achieved while foreign forces are present in the Persian Gulf.

“The Persian Gulf region can be managed by a wise and rational collective policy that benefits all Persian Gulf countries. The factor that threatens such a proper, wise move is the presence of foreign forces in the region,” another tweet said.

“The Persian Gulf is our home and the place for the presence of the great Iranian Nation. The shores of the Persian Gulf and much of the Gulf of Oman, belong to this nation, and it should be present there. It should demonstrate its power. We’re a powerful nation with a great history,” it added.

In relevant remarks on Wednesday, Iranian President Hassan Rouhani warned of Washington’s moves in the Persian Gulf, stressing that the country’s Armed Forces will not hesitate in safeguarding the Persian Gulf and Iran’s territories and interests.

“They should stop hatching plots against Iran,” he said.

President Rouhani said that the Iranian nation has always protected the Persian Gulf successfully and will continue its responsibility in the future, adding, “The Iranian military and law enforcement police forces have also succeeded in safeguarding the Persian Gulf.”