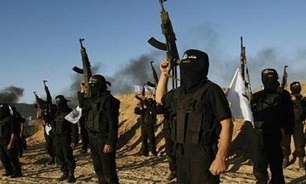 Hassan Salem, a member of the Iraqi parliament and head of al-Sadiqun (the Honest Ones) party, urged Salih to sign the death penalty sentences issued for the Takfir terrorists as soon as possible.

In a tweet on Sunday, Salem called on the president to accelerate the process and respect the innocent Iraqi martyrs whose blood was shed by the terrorists.

“They [the Takfiris] are provided with best hoteling services in Iraqi prisons which cost hundreds of million dollars per year for Iraq; this is while such sums should be spent for the Iraqi nation and the families of the martyrs.”

About 6,000 ISIL terrorists have received death sentences by the Iraqi courts; finalization of the penalties await the Iraqi president's approval.

The call comes as the ISIL terrorists, backed by the US, have started fresh attempts to reactivate their terror in different provinces of Iraq.