US anti-Iran allegations on Afghan refugees’ incident a 'bitter joke'

TEHRAN (defapress) – Iran has lambasted the United States for baseless allegations with regard to the accident for Afghan refugees in Herat, terming such claim as “a bitter joke”.
News ID: 81022 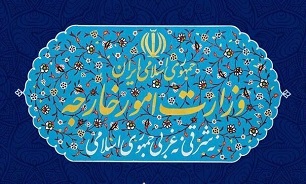 “What happened to Afghan nationals in Herat is tragic and unrelated to, but the US regime's allegations against Iran is a bitter joke,” the foreign ministry noted.

It added, "The [US] regime is a war criminal in Afghanistan and state sponsor of terrorism across the world.”

Earlier on Tuesday, the US embassy in Kabul in a Twitter message said, "We share the concerns of the Afghan government, civil society, and people about reports of killings and abuse against Afghan migrants along the border with Iran."

Reacting to the allegations, Iran’s Foreign Ministry Spokesman Abbas Mousavi said on Sunday that the incident has occurred in Afghanistan territory.

Expressing Iran's condolences over the death of the Afghan nationals, Mousavi informed that Iranian border security guards reject any relativity with the incident.

He also voiced Iran's readiness for cooperation with Afghan officials to conduct required investigations on the incident in Afghanistan's territory.

Some reports have claimed that on May 2, about 50 Afghan nationals who had entered Iran illegally had been arrested by border guards and thrown into the Harirud River after being battered.