TEHRAN (defapress) - The United States is on track to cut 1.7 million barrels of oil production per day, according to Reuters calculations of state and company data shared on Thursday.
News ID: 81042 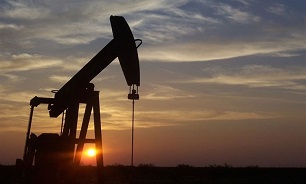 It was US President Donald Trump that suggested at the beginning of April, prior to the most recent OPEC deal signing that the United States would cut its oil output as a natural response to the worsening market conditions. The statement was not initially good enough for OPEC, who wanted more of a commitment from the world’s largest producer and consumer of crude oil, Oil Price reported.

OPEC+ eventually agreed to cut production by 9.7 million bpd—a landmark figure that is significantly larger than previous OPEC cuts in recent years. Its non-OPEC allies who partnered with OPEC in the deal pledged to cut an additional 10 million bpd.

US Energy Secretary said last month that the DoE expected that production in the United States would fall by between two and three million bpd by the end of the year—it appears the cuts have come even quicker than the department expected.

The need for the production cuts grew more evident as the United States shut down nearly all activity in an attempt to flatten that curve of infections that sought to overwhelm the country’s healthcare system. Doing so, however, has idled much of the economy and crippled demand—and as such, its oil and gas industry that fuels that economy.

The cuts from US producers may seek to quiet the disgruntlement of OPEC and Russia, in particular, who expressed their displeasure that the US would not require its producers to curb production. After all, the US shale industry has benefited greatly from previous rounds of OPEC cuts.