TEHRAN (defapress) - More people in إBritain now believe the UK has performed worse than Italy, Spain and France in the Covid-19 crisis than say it has done better than its European neighbors, according the latest Opinion poll for the Observer.
News ID: 81066 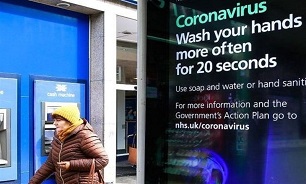 The data shows that only the United States is judged by a majority of people in the UK to have fared worse. While two weeks ago more people thought that the UK had done better than Italy and Spain, now the reverse is the case.

The findings come after a week in which the Office for National Statistics (ONS) reported that the UK had the highest total of deaths from Covid-19 of any European nation.

The ONS said 29,648 deaths had been registered in England and Wales with Covid-19 mentioned on the death certificate by 2 May. With the addition of the official death figures for Scotland and Northern Ireland, this took the total to 32,313 – the highest of any country in Europe, The Guardian reported.

While ministers have been keen to point out that international comparisons are difficult to make, it appears that the rise of the UK death toll above those of other nations has shifted public opinion about the effectiveness of the UK response.

Two weeks ago, when Opinion asked people whether the UK had responded better or worse than Italy, 30% said it had done better and 22% worse. When asked the same question between Tuesday and Thursday of last week, 29% said the UK had done worse and 25% better. There was a similar turnaround in relation to Spain with 29% believing the UK had handled things worse and 22% better in the latest poll.

Opinion also found that more people had come to the view that the UK had done worse in comparison to South Korea, Japan and Australia than two weeks ago.

Overall more people still approve of the way the UK has handled the crisis (48% approve against 36% who disapprove) though the net approval rate (the figure when the proportion of those who disapprove is subtracted from the proportion who approve) is at its lowest level (plus 12) since Opinion began polling on coronavirus in March.

On specific aspects of the crisis, 60% disapprove of the way the government has handled testing for Covid-19. This follows the government announcing it had hit the 100,000 test per day 10 days ago only to fail to meet that target again on any single day last week.

With some lockdown restrictions potentially being eased from Monday, the majority of people are still cautious about reopening public places. Fewer than one in 10 think schools (8%), offices (8%) and non-essential shops (9%) should reopen immediately. Similarly, the public seem uncomfortable with the idea of visiting public places or using public transport even after restrictions are lifted. Three in five (60%) say they would not feel comfortable eating in a restaurant, while over half would feel uncomfortable using the underground (55%) or travelling by bus or train (59% and 56% respectively). Meanwhile, opinion is more divided on returning to offices; over a third (36%) would feel uncomfortable going back to working in an office, while 30% would feel comfortable.