TEHRAN (defapress) – The spokesman of the Iranian Army says experts are probing every aspect of a deadly accident that occurred to a Navy vessel in the southern waters this week.
News ID: 81089 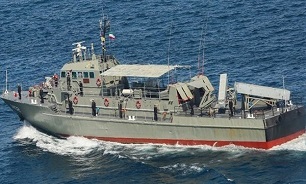 Brigadier General Shahin Taghikhani dismissed on Wednesday the baseless claims circulating in some foreign media about the accident, saying that such moves are aimed at “misleading and affecting the public opinion”.

Any comment on the accident will be made after the outcome of the investigations are announced,” he added.

He called for awareness against the enemies’ moves against the Islamic Republic, saying that the ill-wishers of the country have always been trying to grasp any opportunity to create rifts among the armed forces, including the Army, IRGC and the Defense Ministry.

As many as 19 people were martyred and 15 others injured in an incident involving the Iranian Navy’s Konarak logistical vessel on Sunday, during a naval exercise near the waters lying close to Jask and Chabahar ports.

Naval relief and rescue teams reached the location shortly after the incident, retrieving the injured and the martyrs from the vessel and transferring them to medical centers.

According to the Army, the injured are currently in stable condition.