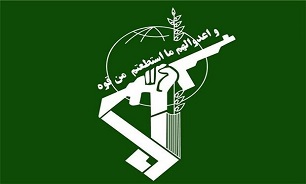 According to the public relations department of the IRGC’s Hamze Sayyid al-Shohada Base, its servicemen clashed with an eight-member anti-revolution team on Tuesday in Marivan, Kordestan province, killing two terrorists and wounding four others.

Earlier in May, the base had entered an armed clash with the terrorists near Divandareh, during which an IRGC serviceman was martyred.

In the same month, Iran’s Intelligence Ministry forces identified and smashed two terrorist cells affiliated with “separatist” groups who had crossed the western border in the provinces of West Azarbaijan and Kurdistan.

The forces arrested 16 members of the terrorist teams and confiscated 2 AK-47 rifles, 1 handgun, 2 grenades, and some ammunition.

The terrorist teams had entered Iran to carry out acts of terror and sabotage in the country.