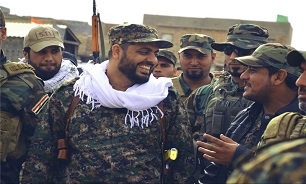 “The aggressive Israeli regime is not only harmful to Palestine and the Palestinian people, but also to the entire Arab and Muslim world,” Sheikh Qais al-Khazali said late on Wednesday in the run-up to the International Quds Day.

“Imam Khomeini's designation of the International Quds Day is a renewal of the Palestinian cause and a reminder to the entire world about it,” he said, Press TV reported.

Additionally, Sheikh Qais al-Khazali said the blood of anti-Israel resistance fighters will thwart plots hatched by the United States and Israel, and undermine their interests.

“Ending the US military presence in Iraq and the region is an imperative issue. Moreover, ending the Israeli occupation of Arab lands is inevitable,” he said.