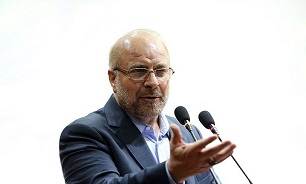 Out of the 267 lawmakers present at an open session of the Parliament on Thursday, 230 voted for Qalibaf and 17 for Fereydoon Abbasi-Davani, who headed the Atomic Energy Organization of Iran from 2011 to 2013, and 12 for Mostafa Mirsalim, a candidate in the 2017 presidential elections.

Amir-Hossein Qazizadeh Hashemi and Ali Nikzad, both conservatives, were also elected as the first and second vice-speakers of the Parliament.