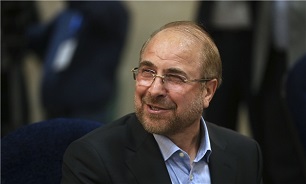 Qalibaf in a phone contact with his Afghan counterpart Mir Rahman Rahmani emphasized the status of good relations with Afghanistan and hoped that mutual interaction and relations, especially between the two parliaments, would further be promoted.

He emphasized the necessity of reinforcing security measures on joint borders, saying that close cooperation between Tehran and Kabul can help counter threats, including terrorism, drug trafficking and interference of foreign states to destabilize the region.

Afghan speaker, for his part, congratulated Qalibaf on his election as Iran's parliament speaker and expressed Afghan parliament's preparedness to broaden friendly relations with Iran in political, economic and cultural fields.

Earlier on Monday, Iranian President Hassan Rouhani in a phone conversation with his Afghan counterpart Ashraf Ghani on Monday stressed his country's readiness to further strengthen relations and cooperation with Kabul.