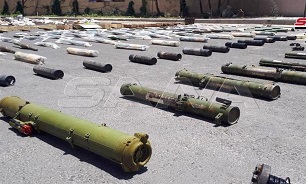 It added that US-built TOW anti-tank missiles were also among the seized arms.

Last month, a significant amount of western-made weapons were seized in the country’s southwestern provinces of Dara’a, Suwayda and Quneitra during mop-up operations.