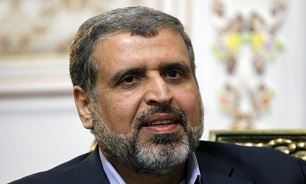 In a message on Sunday, Zarif referred Mr. Abdullah Shalah’s “long history of jihad and struggle against the Zionist regime,” saying that he was a brave fighter and national figure in Palestine who spent his life bravely and selflessly on the path of resistance and liberation of Palestine and holy al-Quds Jerusalem.

“Dr. Ramazan Abdullah, in addition to being a humble and thoughtful figure who was deeply concerned with the developments in the region and the world, was particularly concerned with strengthening unity among the Palestinian people and groups and the Islamic world,” Zarif added.

The top diplomat said, “I offer my condolences to the great Palestinian people, especially to Mr. Ziad al-Nakhala, the new Secretary-General of the Islamic Jihad Movement, and to all his comrades in the resistance groups, as well as to his family.”

“The Palestinian people and Iran, in particular, will remain a symbol of resistance and struggle,” Zarif concluded.

Abdullah Shalah died on Friday at the age of 62 after a long period of illness.

A professor of economics at the University of Gaza, he was one of the founders of the Palestinian Islamic Jihad Movement.

Shalah had been secretary-general of the Palestinian Islamic Jihad between 27 October 1995 and 2018.