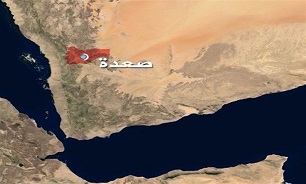 Yemeni tribal leaders, speaking on condition of anonymity, confirmed that Saudi warplanes had targeted a vehicle in the Shada area of Sa’ada province, killing everyone inside.

The Saudi-led coalition has faced widespread international criticism for airstrikes that have killed hundreds of civilians and hit non-military targets, including schools, hospitals and wedding parties.

Yemen’s northwestern border with Saudi Arabia is a frequent target for Saudi warplanes, which closely track convoys in the region and have made many errors over the years.

The group was on their way home from a local market when they were suddenly bombed, said Save the Children.

There was no immediate comment from the Saudi-led coalition on the strike.

On Monday, Secretary-General Antonio Guterres took the Saudi-led coalition off a global list of parties whose actions have harmed children in conflict, a move that drew sharp condemnation from human rights groups.

Saudi Arabia and a number of its regional allies launched the devastating war on Yemen in March 2015 in order to bring former president Abd Rabbuh Mansour Hadi back to power and crush the Houthi Ansarullah movement.