Afghanistan's acting FM due in Iran on migrants’ incidents 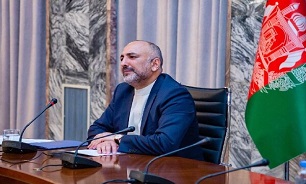 The exact date of the Afghan delegation's visit has not been announced yet.

On June 3, three Afghans died and four others, who had illegally entered Iran, sustained injuries in a car fire in Yazd.

The director-general of the Iranian Interior Ministry's Department of Foreign Nationals and Migrants, Mahdi Mahmoudi, said on Wednesday that the police had ordered the vehicle to stop and had to take action after the car defied the police call and failed to stop at a checkpoint.

“Foreign nationals must enter the country by obtaining legal permits through the border checkpoints, and if not, they are considered unauthorized persons and are treated according to the rules and regulations,” he added.

The incident came after Afghanistan’s foreign ministry also said in a statement last month that an inquiry has been launched to assess claims that dozens of Afghans who were trying to enter Iran from bordering Herat Province were beaten and pushed into the Harirud river by Iranian border guards.

The Harirud river basin is shared by Afghanistan, Iran and Turkmenistan.

Iranian Foreign Ministry Spokesman Abbas Mousavi said the incident befalling a number of Afghan citizens at a border region close to the Iranian soil took place on the Afghan side of the border and Iran’s border guards had no part in it.

Later, Iran, however, expressed readiness to work with the Kabul government to investigate the issue while rejecting any role in the incident.

The allegations come as some three million Afghans, including refugees, passport holders, and undocumented ones, have sought safety in Iran over the past 40 years.

Iran spends $8 billion on Afghans every year in various sectors. Besides, an exemplary policy in Iran lets Afghan children attend public school, whether they are registered refugees, passport holders or even undocumented.