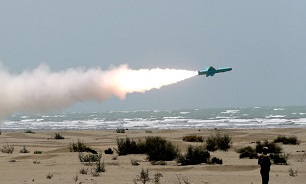 “Iran’s defense industry has reached a point of growth and self-sufficiency that it produces all the needed equipment for ground, aerial, naval, electronic, radar confrontations by relying on domestic technology; the enemy is too afraid of this defense power and Iran’s military authority, especially in the area of missile capability,” Hatami said on Saturday while speaking in a ceremony held on the occasion of 39th anniversary of the martyrdom of Mostafa Chamran, first defense minister after the Islamic Revolution.

Hatami went on to say that what Martyr Chamran founded in the defense industry of the country decades ago have now attained great achievements. Enemies also recognize these progresses and are seeking to limit the Iranian nation by imposing cruel and unfair sanctions, he said.

June 20 marks the 39th martyrdom anniversary of professor-commander Mostafa Chamran, the ﬁrst Iranian defense minister after the 1979 Islamic Revolution. Born in 1932, Chamran was a member of parliament, as well as the commander of paramilitary volunteers during the Iraq–Iran War (1980-1988 ). Chamran left his academic career as a scientist and professor at the University of California, Berkeley in order to help Islamic movements in Palestine, Lebanon and Egypt. He was also instrumental in the struggles leading to the victory of the Islamic Revolution in Iran. Chamran was martyred on June 20 1981 after being hit by shrapnel shells in Dehlavieh, a region in Iran’s southern Khuzestan Province during the 1980-1988 Iraqi imposed war on Iran.