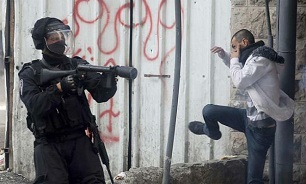 Zionists arrested four Palestinians in Ramallah, clashing with others in Issawiyah town in the occupied Al-Quds, Al-Masirah reported.

Media reports mentioned that three Palestinians were injured overnight in clashes with the Zionist occupation forces in Al-Moghir town in northern Ramallah.

Israeli regime's Prime Minister Benjamin Netanyahu and the chairman of the Blue and White Coalition Benny Gantz recently agreed to form a coalition cabinet regarding the annexation of the Jordanian Valley and the Zionist settlements in the West Bank in early July.