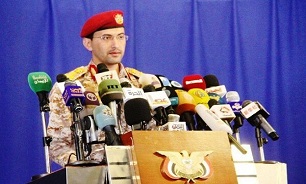 Speaking in a press conference on Tuesday, Spokesman for the Yemeni Armed Forces Brigadier General Yahya Saree said, “We have conducted a large-scale operation deep on Saudi Arabia’s soil.”

He noted the details of the operation will be released later today.

The report said the missiles were fired from the Yemeni city of Sa'dah towards the capital Riyadh, and the cities of Najran (Najran province) and Jazan (Jizan region) overnight from Monday, 22 June.

Meanwhile, Arabic-language al-Alam television quoted some Saudi activists as saying that loud explosions were heard in the northern part of Riyadh on Tuesday morning.

Saudi Arabia and a number of its regional allies launched a devastating war on Yemen in March 2015 in order to bring former president Abd Rabbuh Mansur Hadi back to power and crush the Houthi Ansarullah movement.