TEHRAN (defapress) – Iraq released more than a dozen members of Popular Mobilization Units, known as Hashd al-Shaabi, a few days after an unprecedented raid on the headquarters of Kata'ib Hezbollah, which is said to have been dictated by the US.
News ID: 81424 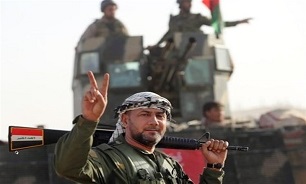 The PMU members were released on Monday and all charges against them were dropped, Kata'ib Hezbollah's military spokesman Jaafar al-Husseini told AFP.

"The judge ordered their release due to a lack of evidence. The arrests shouldn't have happened," the spokesman said.

He said they had appeared at a Hashd military tribunal, as Iraq's various security forces each have their own court system.

Kata'ib Hezbollah is a military unit operating under the PMU - an Iraqi umbrella group that includes more than 40 groups fighting Takfiri terrorism.

Iraqi counter-terrorism forces detained the Kata'ib Hezbollah members late Thursday for allegedly planning a rocket attack on Baghdad's Green Zone, where the US and other embassies, as well as state buildings, are located.

Despite Washington’s accusations, Kata'ib has never claimed responsibility for the attacks.

The Thursday raid on Kata’ib headquarters raised serious questions about Iraq's direction under the new government, as Iraqi leaders describe it as an attempt dictated by the US occupiers.

"The late Thursday night's operation against Hashd al-Sha’abi had been dictated by the United States. There are foreign interventions and bids to harm the PMU," Qais al-Khazali, leader of Asa'ib Ahl al-Haq which is part of the PMU, said in a statement released on Friday.

He advised Iraqi officials not to engage in a confrontation with Hashd al-Sha’abi as the anti-terror group represents people from all strata of the Iraqi society.

"No one can prevent the resistance fighters from battling US forces in order to drive them out of Iraq if they do not withdraw through peaceful means," Khazali pointed out.

He stressed that no resistance faction has ever targeted Iraqi government institutions inside Baghdad’s heavily fortified Green Zone.

A senior official with Harakat Hezbollah al-Nujaba also called upon Iraqi authorities not to play into the hands of US military forces, warning against further raids on PMU headquarters.

Nasr al-Shammari, the deputy secretary-general and official spokesman of the movement touched on numerous sacrifices made by Kata'ib Hezbollah in the campaign against Daesh terrorists, saying members of the group must not be targeted.

Shammari cited efforts by certain parties in Iraq to stoke sedition in Iraq, saying the Thursday raid was "a desperate attempt" that would have "unpredictable consequences for its planners".

In November 2016, the Iraqi parliament recognized Hashd al-Sha’abi as an official force with similar rights as those of the regular army, therefore legally establishing it as part of the National Armed Forces.

The PMU has long rejected Washington’s military presence in the country as an obstacle impeding long-lasting security and stability in Iraq.

In January, the Iraqi parliament unanimously approved a bill, demanding the withdrawal of all foreign military forces led by the United States from the country following the assassination of Iran's top military commander, Lt. Gen. Qassem Soleimani, and the second-in-command of PMU, Abu Mahdi al-Muhandis.

Iraqi resistance groups have vowed to take up arms against US forces if Washington fails to comply with a parliamentary order calling for the expulsion of US troops following the assassination.