TEHRAN (defapress) – An Iranian lawmaker said that "as China is a good political and economic partner for Iran, the strategic cooperation with this country would influence our economy positively".
News ID: 81608 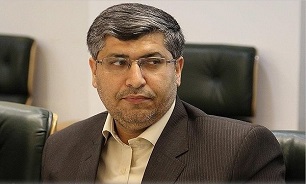 Speaking in an interview with Mehr News Agency, Ali Akbar Karimi made some remarks over the Iran-China 25-year document, noting that China is one of the world's great political, economic and international powers and it is a permanent member of the Security Council which has veto power.

He went on to note that unlike the United States and some European countries, China has never had a colonial and domineering approach towards the Iranian nation in the past.

“On this basis, Iran's strategic and long-term cooperation with China would bring some positive effects on our economy,” he said, adding that China is a good partner for Iran both politically and internationally, and in terms of economic power it can help us get through sanctions.

According to this lawmaker obtaining china’s modern technology, expanding oil and nonoil export to this country as well as attracting millions of Chinese tourists to Iran can be considered as achievements of this bilateral agreement.