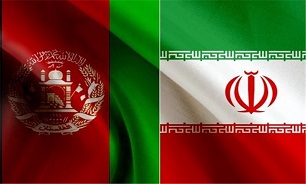 In a statement on Saturday, the Iranian Embassy refuted the recent remarks by American diplomat Zalmay Khalilzad who has blamed Iran for not properly supporting the Afghan peace process.

The Islamic Republic of Iran would support the peace negotiations that are under the ownership of and led by Afghan parties, the statement said.

The Embassy has also reaffirmed Iran’s support for the establishment of peace and stability in Afghanistan, stressing the need for the Afghan peace process to be based upon the results of intra-Afghan negotiations owned and directed by the Afghans.

The statement advised the US officials to carefully study Iran’s views on regional issues and Afghanistan before making any comment about them.

The reaction came after Khalilzad said at a virtual event organized by the US Institute of Peace on Friday, “Iran has not been as supportive as it should be in the effort to get to Intra-Afghan negotiations and an Afghan settlement largely due to our relations with them.”

Iran has repeatedly voiced support for the peace negotiations in Afghanistan, stressing that the talks should include all Afghan groups and parties.