TEHRAN (defapress) – US President Donald Trump on Monday announced his intention to nominate Fox News contributor and retired Army Col. Douglas Macgregor as the next US ambassador to Germany.
News ID: 81659 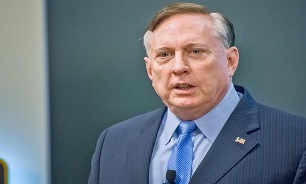 Macgregror, if confirmed by the Senate, will step into the position left absent since June 1 by former ambassador Richard Grenell.

The White House said in a statement Monday that Macgregor is a decorated combat veteran, author and a consultant and highlighted that he is a frequent contributor on radio and television on national security topics, The Hill reported.

Macgregor’s nomination comes at a tense moment in US and German relations.

Trump has called for withdrawing American troops from Germany that has received pushback from both Republicans and Democrats.

German Foreign Minister Heiko Maas last month reacted to the announcement that US troop presence in Germany was to the benefit of both countries, and that the bilateral relationship is “complicated,” in an interview with a German newspaper and reported by Reuters.

In another interview in late June, Maas said that “structural changes” in the relationship between the US and Germany could not be easily reversed if presumptive Democratic presidential nominee Joe Biden wins the White House in November.

"Everyone who thinks everything in the trans-Atlantic partnership will be as it once was with a Democratic president underestimates the structural changes," Maas said in an interview with the German Press Agency and reported by Deutsche Welle.