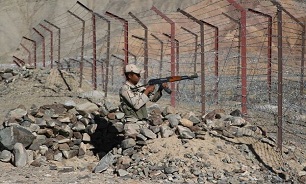 Commander of West Azarbaijan province border guards, Second Brigadier General Hossein Khani, said late on Friday that the Iranian border guards entered into a clash with an armed group in the border regions of Sardasht County, during which two guards – Sargent Matin Saedi and Private Mehdi Maleki – were martyred and three others were injured.

He noted that the wounded guards are currently in good condition.

Earlier in May, two other border guards were killed in a clash with an armed group of about 20 people in Sardasht County on the border with the Iraqi Kurdistan.