TEHRAN (defapress) – The Venezuelan Vice-minister for Asia, West Asia, and Oceania Rubén Darío Molina said his country will continue deepening its ties with Iran despite the US disagreement and threats.
News ID: 81727 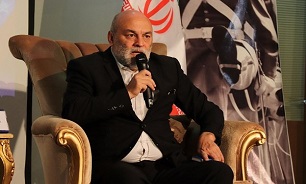 In an interview with Hispan TV, Molina referred to the newly opened the first Iranian supermarket in Caracas, named Megasis, and called it a major step in the expansion of ties between the two countries against the illegal measures of the US under the coronavirus pandemic.

He noted that his country does not care about the US stances and only respects international regulations, so it will deepen its trade ties with Iran.

"It is a must for the United States to abide by the international rules and minimum standards of coexistence," he said, "If Americans continue their threats and blockade, we will continue to share our potential and develop our economy."

The senior diplomat also underlined the developments achieved by Iran about producing vaccines against this contagious Covid-19 disease and hailed Tehran's support for Venezuelans in the health field.

The supermarket، called Megasis، has been established with the purpose of boosting the production and export of Iranian commodities.

In May, five Iranian tankers berthed at Venezuelan ports, supplying 1.5 million barrels of fuel to the country as well as refinery equipment aimed at kick-starting the refining operations that have been hit hard by the United States’ unilateral and illegal sanctions.

A ship carrying food was dispatched to Caracas in June, to supply good for the newly established Megaisis.

The launch of the Iranian store in Venezuela can be translated as a failure of the US policy of economic sanctions imposed against the two countries.