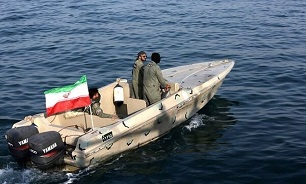 He added that they have successfully seized 1 vessel and 1 vehicle, in addition to the confiscation of 1 ton of opium.

The war on drug trade originating from Afghanistan has claimed the lives of nearly 4,000 Iranian police officers over the past four decades while the country has spent more than $700 million on sealing its borders and preventing the transit of narcotics destined for European, Arab and Central Asian countries.