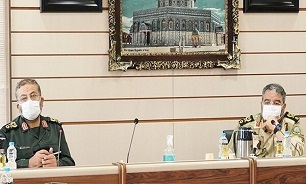 The main purpose of the concluded MoU has been to make the most of the Basij's irreplaceable capacity in promoting public preparedness and one of the key topics of this memorandum is in the fields of education and research, information and awareness-raising, crisis management facilitation, activation of operational capacities and promotion of preparedness against new threats to the country.

According to Brigadier General Jallali’s remarks in this meeting, the MoU comes as the Leader assigned three major missions to the country's Passive Defense Organization. The first mission is to protect the country's infrastructures, the second one includes safeguarding the people in the field of civil defense and the last mission is actually the defense response to threats, he added.