TEHRAN (defapress) - Russia's Permanent Representative to the United Nations underlined the need for the remaining signatories to the 2015 nuclear deal between Tehran and world power to exercise prudence in the face of Washington’s push to invoke the sanctions “snapback” process.
News ID: 81834 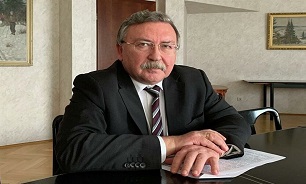 “In view of US adventurism with snapback the #JCPOA participants should demonstrate wisdom and prudent approach. This relates not only to Russia, China or E-3. A lot depends on the ability of Tehran to provide a responsible and adequate response to the challenge caused be US,” Mikhail Ulyanov wrote on Twitter on Thursday.

He added, “US is about to make a big mistake which can have extremely negative implications not only for #US but for #UN as a whole. In particular it can become a turning point for such a tool available for UNSC as #sanctions under Chapter Vii of the UN Charter. Very risky adventure”.

He also predicted that the US move “will cost a lot” for the UN and the 15-member Security Council, adding, “I think reaction will be negative because this is common sense mockery.”

“Poorly calculated US attempt to trigger #snapback procedure has prompted a lot of recommendations on possible reaction. It is encouraging. People naturally hate common sense mockery and offer concrete ways to overcome it. Civilised int. relations have a good chance to survive,” he added.

The Russian official also challenged the US claim that it remains a participant in the 2015 nuclear deal, citing Trump’s statement in May 2018 on his country’s withdrawal from the Joint Comprehensive Plan of Action (JCPOA).

““#US claims that it remains a “#JCPOA participant”. Rather illogical, including in the light of the Memorandum of the President of the US dated May 8, 2018 which is entitled “Ceasing US participation in the JCPOA,”” he said.

US Secretary of State Mike Pompeo is desperately trying to make the case for the use of snapback against Iran from an internationally-backed deal that his boss, President Donald Trump, quit in 2018.

"This will be a fully valid, enforceable UN Security Council resolution," said Pompeo at a joint presser Wednesday, not long after the US failure in the Council to extend an arms embargo against Tehran, set to be lifted under the Iran nuclear deal in October.

The former CIA chief did not provide the precise legal justification for how the US plans to trigger snapback sanctions with US having withdrawn from the agreement.

Pompeo's move is expected to face with opposition from other signatories to the Joint Comprehensive Plan of Action, Germany, Britain, Russia, China and France.

The anti-Iran war hawk will meet Thursday afternoon with UN Secretary General Antonio Guterres at his private residence as well as with the current president of the Security Council.