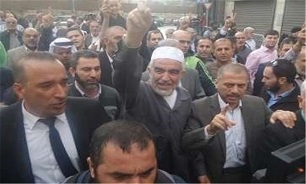 “Israel treats the Palestinian people as prisoners and deprives them from their right to live freely in their homeland,” which compelled many Israelis to seek asylum in other countries because of what they are subjected to under occupation, the federation said in its statement.

While many Palestinians are forced to live in refugee camps, others are facing Israeli imprisonment in their homeland, it added.

In July an Israeli court in Haifa rejected Salah’s appeal against his prison sentence, which he was handed down in November 2019 over charges that included “inciting terror” and “supporting an outlawed organization”.