US letter to reinstate Iran’s sanction not official statement 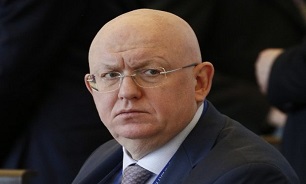 Russian Permanent Representative to the United Nations Vasily Nebenzya said that US letter to the president of the Security Council to reinstate Iran’s sanctions is not considered an official statement issued under article 11 of Security Council Resolution 2231.

The US government wrote a letter to the Security Council President on Thursday, August 21st, and formally informed the Council of its desire to reinstate all international sanctions against Iran.

The US accused Iran of "fundamentally violating" its obligations under the Joint Comprehensive Plan of Action (JCPOA), without mentioning that Washington was the first violator of UNSC resolution 2231 with unilateral and illegal withdrawal from the JCPOA.

Vasily Nebenzya noted that most members of the Security Council had expressed their opposition to the US position on Iran’s sanction.

He further said that this letter does not activate the mechanism for the automatic return of the sanctions because the US had already pulled out of the Nuclear Deal.