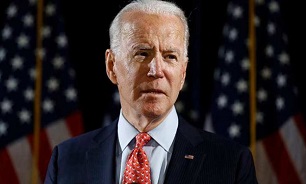 The new group, Republicans & Independents for Biden, is led by former New Jersey Gov. Christine Todd Whitman (R) and said that its "sole mission is to defeat Donald Trump and elect Joe Biden the next President of the United States", The Hill reported.

“More than 180,000 Americans are dead from a pandemic that, with consistent leadership, could have been contained. Instead, it has been left to spin out of control by a President who ignored it, refused to lead, and endangered American lives,” Whitman said in a statement.

“In this moment of great national crisis, we need to elect a leader matched to the moment, someone who can restore competence to the oval office and unify the country. Joe Biden is that leader,” Whitman added.

The Republican group, which was first reported by Reuters, also includes a handful of former governors including former Michigan Gov. Rick Snyder (R) and former Massachusetts Gov. Bill Weld (R), who launched a bid for the GOP nomination earlier this year and previously served as the Libertarian Party's vice presidential nominee in 2016.

"Joe Biden is a man of deep faith and commitment to family, decency and integrity, which will serve us all well when he is in the White House," Snyder said, adding, “We must elect Joe Biden in November so that we can begin the arduous but essential process of healing America and putting society back on a positive path where civility and working together help us achieve great things as a nation once again.”

Others such as former Rep. Charlie Dent (R-Pa.), who endorsed Biden in a CNN op-ed last month, were also on the list of officials signed on to the effort. In a news release, the group says it plans to target GOP-leaning and independent voters in battleground states where the president is within single digits of the former vice president in many cases.