Venezuela Condemns US Sanctions Against Officials

TEHRAN (defapress)- The Venezuelan government condemned on Friday the US move to impose sanctions on National Electoral Council officials, including its president, ahead of National Assembly elections December 6.
News ID: 81940 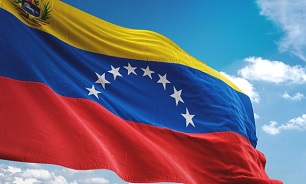 “It is clear that the sacred value of democracy is nothing more than empty rhetoric for a government that boasts of being its main defender in the world,” said a government statement.

“With these illegal measures, the [President Donald] Trump Administration seeks to prevent the inevitable. No amount of outside pressure can prevent the Venezuelan people from exercising their right to vote and deciding their destiny in a sovereign manner,” the statement added.

The sanctions are a “stimulus to move more effectively and morally toward electoral goals and objectives”, it said.

The US blacklisted four individuals for helping the Nicolas Maduro government “subvert the Venezuelan people’s access to democratic institutions and appoint a new puppet National Electoral Council”, according to Secretary of State Mike Pompeo.