Kharrazi Warns of Iran’s Decisive Response to US Aggression

TEHRAN (defapress) – Head of Iran’s Strategic Council on Foreign Relations Kamal Kharrazi reminded the US that any act of aggression under the pretext of reinstating the sanctions, already lifted under the UNSC Resolution 2231, would draw Tehran’s immediate and decisive response.
News ID: 82065 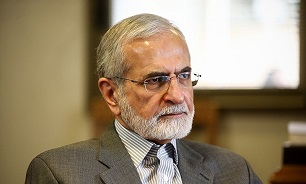 According to Article 51 of the UN Charter, Iran is allowed to defend itself and immediately give a decisive response to any possible aggression by the US, Kharrazi said on Saturday in response to the US claim of return of Security Council sanctions, including an arms embargo on Iran.

"The US claim is so baseless and meaningless that even its close allies consider it illegitimate, because with Washington’s withdrawal from the JCPOA, its allies do not give it the right to use the snapback mechanism in the JCPOA or Resolution 2231," Iran Press quoted him as saying.

"Of course, the United States, which with its unilateralist policy does not care about international organizations and is trying to impose its unreasonable policies on others, does not need to rely on Security Council resolutions to implement its illegitimate desire to extend Iran's arms embargo as it is already trying to stop Iran's arms purchases by threatening others with secondary or extraterritorial sanctions," Kharrazi added.

Asked about the prospect of the US presidential election, he said, "For Iran, it does not matter who will be elected in November. For us the US policy is an important issue."

"Of course, Trump's presidency was important because the nature of America became clear to the world. Today, the absurdity of the US’ deceptive slogans and their instrumental use of international institutions against others has become clear to everyone," he concluded.