Iran, Russia to keep military coop. despite US counteraction 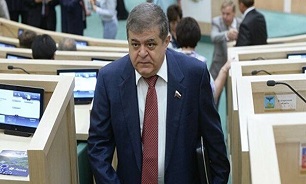 "So, let they impose sanctions, one less, one more of it. I believe that our military-technical cooperation with Iran will be continued, and I hope that these sanctions will not affect it," Dzhabarov told Interfax.

Multiple US sanctions have already been imposed on Russia, the Russian senator added.

US National Security Advisor Robert O'Brien said on Monday that Trump had signed an executive order on Monday, which allows imposing restrictive measures, in particular, on foreign countries for supplying, selling and shipping arms to Iran.