TEHRAN (defapress) – British Prime Minister Boris Johnson will call for a global plan to prevent pandemics and pledge more funds to the World Health Organization in a speech to the UN General Assembly on Saturday.
News ID: 82116 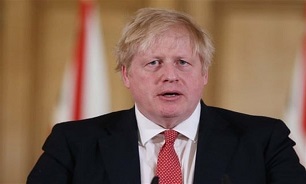 Johnson wants a global network of research hubs to spot dangerous pathogens, a boost to manufacturing capacity for vaccines and treatments, and reduced trade barriers to smooth cooperation between nations, according to extracts of the speech released by his office.

"Unless we unite and turn our fire against our common foe, we know that everyone will lose," Johnson will say in the speech, which has been recorded and will be played to the assembly on Saturday, Bloomberg reported.

"We are determined to do everything in our power to work with our friends across the UN to heal those divisions and to heal the world."

The coronavirus crisis is the worst pandemic in a century and has officially claimed almost a million lives, though the real toll may be almost double that.

Johnson, whose country has the fifth-highest virus death toll in the world, will say the notion of an international community currently looks "tattered" and "we cannot continue this way."

The UK will commit £340 million (S$597 million) over the next four years to the WHO, a 30 per cent increase on the previous four-year period, his office said. It will also contribute an initial £71 million to secure purchase rights for as many as 27 million Covid vaccine doses for the UK population.

This month, US President Donald Trump agreed to contribute US$108 million (S$149 million) to the WHO to fight Covid-19, polio, flu and other diseases in vulnerable countries, even as the US prepares to withdraw from the institution next year.

The UK will use its presidency of the Group of Seven countries next year to work on implementing its plan for preventing future pandemics, Johnson will tell delegates.

Its proposals include agreeing global protocols for health emergencies and creating a global early warning system to predict health crises.